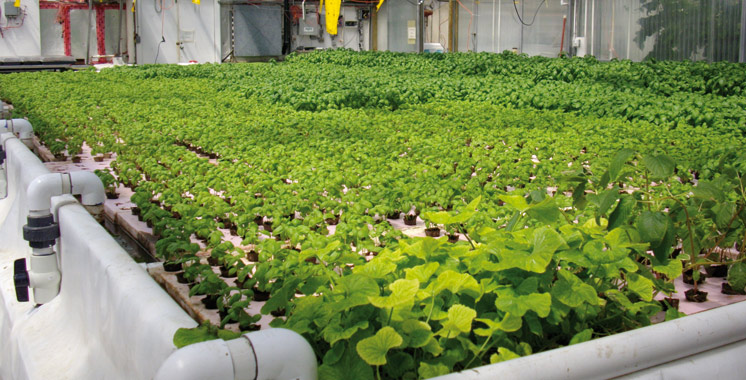 Fimabio raises awareness about the misuse of the name « Bio ».

Eating organic has become a trend in Morocco. Consumer habits are constantly evolving, allowing new niches to emerge. Organic is one of them. It is, in fact, a « profitable » market for producers and « healthy » for consumers. This segment, which is now organized into a chain, has not yet found its cruising speed. A vast site is launched in this direction, in consultation with the Ministry of Agriculture, Fisheries, Rural Development and Water and Forestry providing this sector with an appropriate legislative and regulatory framework. The time being to draw up the state of play of the organic sector at the national level and to remove the amalgam in particular with regard to the abusive use of the naming Bio. It is in this regard that the Moroccan Interprofessional Federation of the organic sector (Fimabio), official representative of the sector in accordance with Law 03-12, organized, Thursday, June 15, 2017, in Casablanca its first seminar. This event aims to highlight the development of the sector and explain its challenges.

« We currently observe an abusive use of the name Bio. Consumers always confuse between the product: Bio, beldi, pure and natural. We find ourselves today in the obligation to defend the reputation of organic products and this by strengthening our communication actions inviting consumers to remain vigilant and demand an official and standardized marking », explains in this sense Jalal Charaf, vice-president communication of the Fimabio. The logo and labeling are a guarantee for consumers. In Morocco, certification is currently provided by foreign organizations pending the entry into force of Law 39-12 on organic production in Morocco. This law will regulate the rules of production, preparation, conditions of approval of the certification control bodies as well as the measures to be taken in case of infringements. Heavy penalties are provided in this sense. « An operator who affixes the organic logo on a product that is not certified organic or who advertises a product that is not organic is liable to pay a fine of up to 50,000 dirhams.

Similarly, an organization that is not approved by the State and certifies organic products is exposed to a fine of up to 100,000 dirhams, » says Fimabio. Recall that Law 39-12 was published in the Official Bulletin in 2013 and will enter into force only after the publication of all the implementing regulations. Two application decrees and 4 orders were published between 2014 and 2015 at the time when four others are in the process of publication. Recall that the organic sector is active in Morocco for a long time. A contract-program of 1.12 billion dirhams was ratified in 2011 between the State and representatives of the sector, in this case the Moroccan Association of the organic sector (Amabio) which had grouped at the time all stakeholders of the Bio. The objectives of the contract-programme concern a planted area of 40,000 hectares in 2020 against 4,000 hectares at the time of signing this device. The production should also reach 400,000 tons against 40,000 tons in 2011. Exports should increase from 10,000 tons in 2011 to 60,000 tons in 2020. The contribution in foreign currency is estimated, for its part, to 8,000 million dirhams in 2020 against 100 million dirhams at the time of ratification of the contract program. In terms of employment, producers should reach 9 million days of work against 1 million days in 2011.

FIMABIO WANTS TO GIVE CREDIBILITY TO THE ORGANIC SECTOR IN MOROCCO